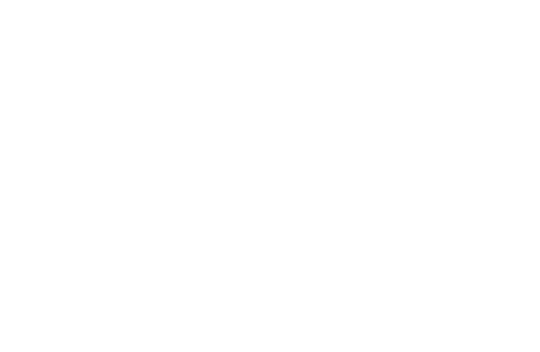 Online gaming is a growing market and culture. In later years, technological advances have made it possible for many to have an internet connection at home. The fact is that online gaming has already impacted our lives and there is much to learn about them. Let’s find out some interesting facts about online games!

Games are (also) for girls!

A recent study has shown that around 45% of gamers are females. Contrary to popular belief, girls enjoy gaming, and the industry is quickly adapting to it. Generally, women prefer highly personalized and complex stories and characters and there is a notorious growth in the genre.

Apart from being almost half of the gaming population, it is accounted that 46% of game purchases are made by women. These numbers are expected to rise so if you are used to saying that games are for boys, it would be wise to rethink that logic.

Smartphone online gaming is on the rise

Smartphones have changed many aspects of our lives due to their useful tools and easy accessibility. With the evolution of the smartphone gaming industry, more and more gamers are enjoying online games on their phones. Despite the obvious differences between PC or console and mobile phone gaming, since 2016, smartphone games are reaching higher numbers than ever. It is estimated that 68% of smartphone users enjoy online games on their phones.

Among the countries with the most smartphone online gamers are the United States (20%), India (13%), and China (7%). The more popular genres in online mobile gaming are board/strategy, racing, and sports.

South Koreans are known for their love for technology and for having one of the fastest internet networks. This could only mean that online games are very popular in South Korea, and they sure are! The popularity of gaming amongst kids is so high that South Korea had to pass a law which is known as the “Cinderella Law”.

The law prohibited kids under 16 from playing online video games after midnight (12 AM to 6 AM). It created some anger amongst young gamers. Kids could not resist playing the games, so they began stealing resident registration numbers to escape the law. In 2021, it was announced that the law could be abolished soon but it remains one of the most interesting facts about online games.

Since the pandemic, online games have become even more popular, having been a form of communication during those difficult times. However, it was not only online gaming that became more popular at the time, live streaming gaming began to attract more spectators than ever. Without live sports inside the blend, a few leagues have leveraged esports as a method to keep fans engaged. Examples consist of the eNASCAR iRacing Pro Invitational Series and NBA 2K tournament.

Currently, Twitch is the most popular live stream gaming platform with around 30 million people watching online gaming on it every day. Almost every genre has a live stream at every hour, which provides all kinds of entertainment for all sorts of gamers. Online game streaming has grown to be a veritable department of the gaming enterprise, with heaps of gamers creating a living on the income they derive from it.

Games are not just for kids

Age is not an issue when it comes to online games. Contrary to popular belief, recent studies have shown that around 30% of people in the age group of 50 to 64, regularly play online games. In the age gap of 20 to 49, percentages are above 50%, which means that, nowadays, it is not correct to say that games are for kids.

There are many theories on how the gaming age is changing, from the fact that many have been gamers since a young age or even the easy accessibility to video games of all genres. Some older gamers have even started or returned to gaming due to medical advice. It is highly advised to keep working on cognitive capacities from a certain age. Good games for such intent include, for example, Sudoku, Memory cards, or Follow Me.

Gamers are often judged for spending too much time playing or obsessing about fictional realities. However, gaming has contributed to an astonishing scientific breakthrough and it is one of the most interesting facts about online games. It all happened thanks to the online puzzle game - Foldit. Created by American University students during a study project, Foldit is an online game and also a tool for research, free to play online.

In recent years, Foldit has unlocked a new understanding of disease-related proteins. While playing and experimenting with the game’s features, gamers unraveled the composition of an AIDS-related enzyme. This specific issue had been under scientific investigation for over a decade and, fortunately, Foldit helped to decipher it. Until this day, there is no cure for AIDS but it is safe to say that gamers have helped us get closer.

What are .io games?

In the past decade, .io games have become popular as multiplayer browser gaming. When the evolution of games seemed focused on betting in consoles and complex gameplay, .io games proved that simple c…

History of the Rubik's Cube

The most famous cube in the world can be found on the shelves and homes of many but the history of Rubik’s Cube is one of ups and downs. The magical cubic toy from the 70s has become one of the…

The history of arcade games

The history of arcade games is undissociated from the history of video games. Although video games were already a reality when they were invented, these coin-operated machines were the vehicle that i…